Later the same day on CBC’s As it Happens

Heather Keller was interviewed for this TVO article, which was published on Feb. 18, 2016

Can I Eat Yet? An opinion piece from the Journal of the American Medical Association 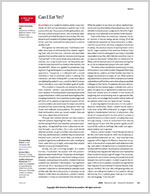 A senior resident writes that it is time to maximize one’s partnership with patients. Posted February 10, 2016

This letter to the editor was published in the Times Colonist on August 7, 2015. Take heed – poor food intake is an independent risk factor for malnutrition.

Letter to the Editor. 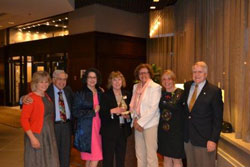